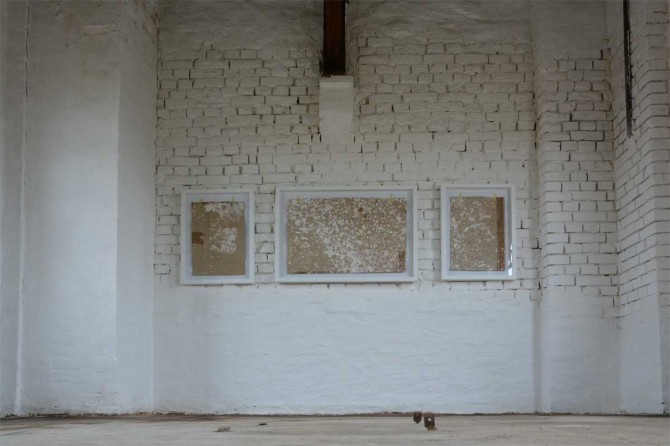 If paradise is half as nice 2 : ‘Out of the white cube (Remains/Stolen footage)’

‘Out of the white cube (Remains/Stolen footage)’ is a series of work that came to existence during the ‘As paradise is half as nice’ project in Leipzig. The works are a follow up of previous works that I have made and have the same subtitle.

For this project I confiscated the old clock-tower on the roof of the building in order to make a follow up of my series of work ‘Remains/Stolen footage’. This time not made out of materials taken from my side-jobs, but this time from footage created on the spot.

In order to come up with new materials for the works I painted the whole room white, which was not an easy job because of the bad state of the walls. The works consist out of cut-outs of the paper that was on the floor while preparing the ‘white cube’ to present the work in. I’m interested in the changing relation between the working of the so called ‘white cube’ that only has a function when the artworks are presented in it and the artworks that couldn’t exist without the creation of this ‘white cube’ 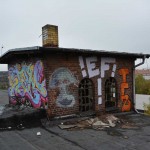 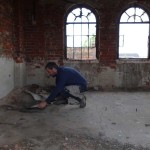 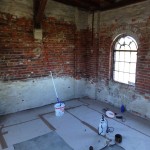 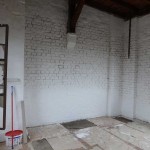 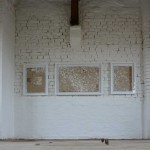 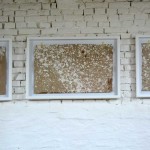