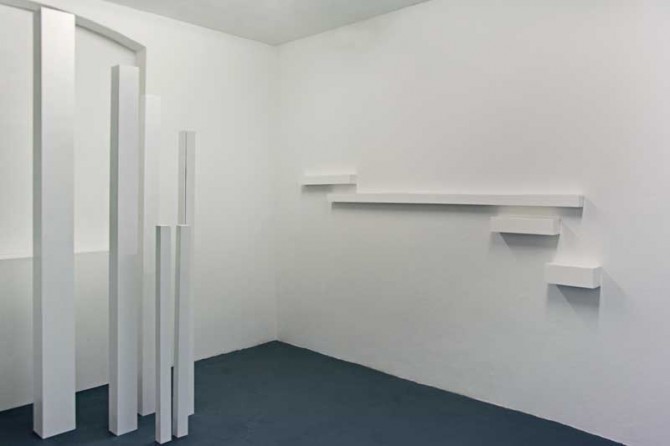 ‘From scratch’ is a solo show and the first show to be shown in a new art space in Berlin called In the Rackroom. The show is the follow up on my show ‘Sweet nothing’ earlier this year at the Frank Taal Gallery in Rotterdam.

Text by In the Rackroom:

‘From scratch’ is a continuation of an exhibition by the artist earlier this year in Rotterdam called ‘Sweet nothing’. The titles can be taken almost literately here. Where ‘Sweet nothing tried to bring back the art to a complete minimum, ‘From scratch’ starts to build up from this point again. The works show the artists struggle and effort to create image out of nothing and he wants his viewers to follow this example. The works do not easily reveal their content and demand a certain effort from the viewer in order to discover that what is present.

This first show at In the rackroom presents a new series of paintings and sculptures by Ten Bosch. The works are not presented as independent works of art, but has to be experienced by the viewer as one big installation with a statement as a whole. We invite you to come and see this show in real life, because it will reveal more than there is to see on first notice. 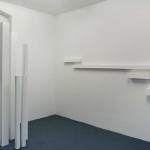 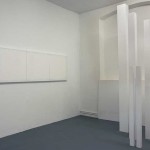 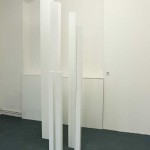 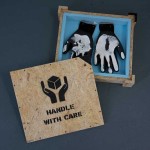