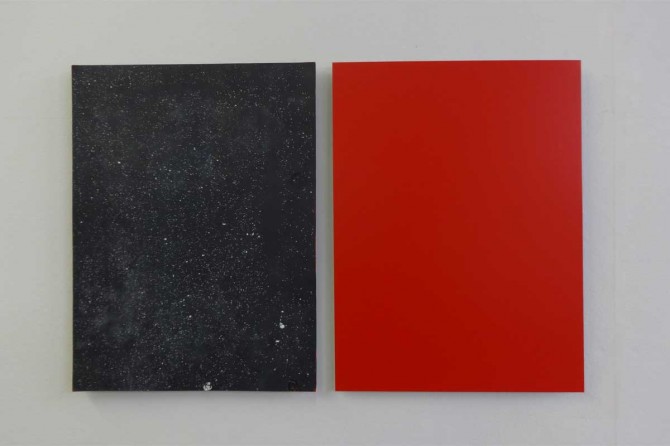 Friday the 27th of june Gallery Frank Taal opened ‘Figure That’. In this group exhibition the gallery reflects on itself by showing all the artists they represent. For this event I was invited to act as a guest artists within the show. I presented new work in the series ‘Remains/Stolen footage (after AA Bronson)’.

Next to artists like Georg Bohle, Willem Besselink, Bram Braam, Daan den Houter and many more, I presented two works of the AA Bronson series. Number one exists of four panels of which two are made out of the rest material of the installing period of the AA Bronson show at Witte de With and the other two panels are monochromes, based on the colours that are present in the first two panels.

Number two of the series has two panels. The work is made out of another rest piece of material, a little more damaged, and therefor it contains some red colour. This panel is accompanied by a red panel to emphasise the red in the first panel. 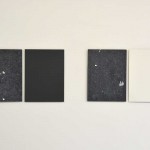 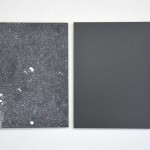 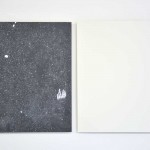 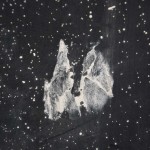 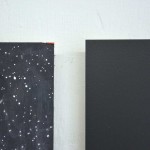 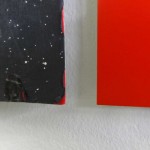 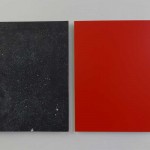